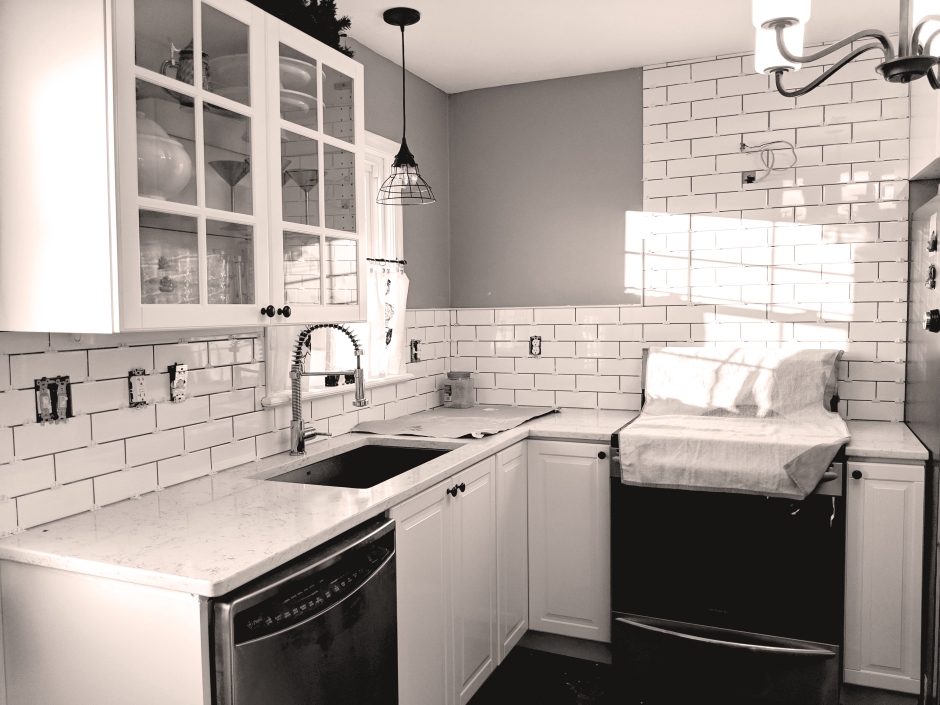 Back in the ‘80s (or ‘70s or whenever my kitchen was first remodeled), I’m sure they thought this drop-ceiling and giant fluorescent lights were the coolest additions to the room. Of course they wouldn’t think it was ridiculous to drop the entire ceiling by almost two feet, forever making the room feel like it was caving in.

Good thing I know how to convert a drop ceiling.

I knew when I walked in my kitchen that the 11’ x 11’ space was, actually, a pretty large one, as far as the age of the house goes. But, oh my gosh, did that low ceiling really make you feel like you were trapped. The ceiling dropped so low that the space between the upper cabinets and the countertops was no longer standard. It was barely a 12-inch space!

Working in the kitchen was such a chore for many reasons, but it became even worse when the fluorescent lights started falling down.

You read that right. The lights started falling out of the ceiling.

It started with the grates covering the bulbs. Age and lack of upkeep had made the once-flexible plastic hard and heavy. The weight became too much over time, and then one glorious morning, they fell on my head. Don’t worry! I’m fine, but you can imagine the fury it sparked.

That afternoon, I grabbed a hammer and, in a move that I almost instantly regretted, punched a hole in the ceiling.

Notice how my ceiling wasn’t sectioned in panels? It was all one piece. It wasn’t soft to the touch, like a false ceiling would be. It was very hard, sturdy, immovable. Still, I had hope I could easily convert the drop ceiling into something more modern. When I knocked on it, it sounded hollow. And when I climbed into our unfinished attic, it seemed like the ceiling across the entire downstairs was about the same height.

All this gave me hope and just enough false bravado to smash into my kitchen ceiling.

The ceiling was made of good ol’ drywall and solid beams, so what I hoped would be a simple tear down and patch job quickly turned into a massive undertaking. Still, I’m glad we did it.

You’re probably scrolling through quickly, desperately searching for the step-by-step. First, I want to warn you. While this project is something you can easily DIY, it’s nowhere near a beginner’s project. Also, it’s pretty time consuming.

We started this project while I was in between jobs (idle hands, you know) but had to hire someone to help us finish in a reasonable time. Of course, I have a sincere bias and always prefer DIY because of the savings, flexibility, customizable options, and reliability, but you should always know your limits.

Okay, so now that you’ve looked at your schedule and taken stock of your life and have decided to tear down your ceiling, here’s how you do it.

First things first when converting a drop ceiling, remove any lighting fixtures and cabinets. It’s not likely that your cabinets are attached to the ceiling, but depending on how close they are together, having them installed could impact the demo process. In our case, it saved us a lot of headache to get rid of them. We knew we were going to install new cabinets. I’ll tell you how you can install your Ikea cabinets in an upcoming post.

You never know what you’re going to discover when you pull out old construction. Like this beauty – when the previous cabinets came up just shy of a perfect fit, someone removed a section of the exterior wall’s drywall to make it work. Brilliant!

Because the wood beams were only designed to support the drop ceiling and not the roof structure or any significant portion of the house’s weight, they were relatively easy to remove. Once all the drywall and insulation had been knocked down (be careful of wires!), we were able to remove the beams without compromising the structure of the room.

See all those hanging wires? Yeah, those were just sort of laying on the drywall, between the structural and drop beams. Somehow, we had to get all those wires on the other side of all those structural beams. Great.

In this case, the easiest and cheapest thing to do was run the wires through the existing beams. We had an electrician do this part because we also needed to remove a few light boxes (one from inside the old pantry and one of the extra fluorescent lights), raise some outlets, and remove cable wires. It took the poor guy one incredibly long Saturday afternoon to finish (think: exposed attic during a Southern summer).

Finally, we were able to insulate, hang drywall, and mud. This was by far my favorite part of the process because the kitchen was finally coming back together. We had a lot of little hiccups come up during demo (including a leak in the roof), but now, it was coming to an end!

It takes a few days to go through this process. The key is to not spread a thick layer of mud over the seams of the drywall and tape. Thin layers will dry faster and sand easier with less mess.

So, what’s the takeaway of converting a drop ceiling? Well, if you’re like me and lucky enough to have a house with a drywall drop-down ceiling, there’s good news. It’s completely removable. It’s much messier and a lengthier job than if there was a finished ceiling underneath (I’d say the difference between a long weekend project and a month-long project, depending on if you hire help), but it’s nothing you couldn’t tackle. And it’s definitely worth the effort.

I mean, just look at it now! Oooh, ahhhh.

Hello! I'm Kate, a newlywed and aspiring author. I thoroughly enjoy celebrating everyday things and love to share my ideas on life, style, and tasty treats with the rest of the world. 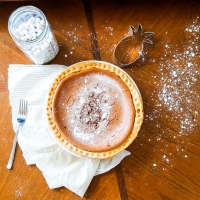 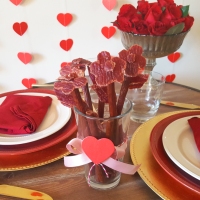 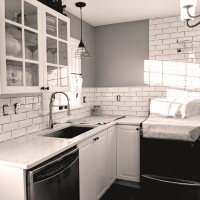 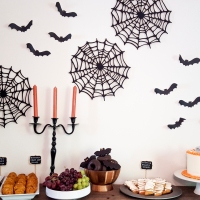 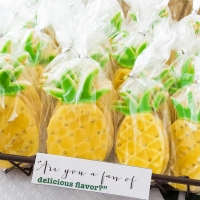